It’s not a secret that social care provision in the UK is going through a challenging time and inevitably this has had an impact on our business. However, as a result of having to adapt to the changes in the industry, Bailey Care Services (BCS) has emerged a much stronger business and the future is looking positive. Lisa Rothnie, Operations Manager, BCS, explains: “Bailey Care got off to a flying start in 2017 – but more on that in a moment! Looking back at 2016, it was definitely a year of ups and downs for Bailey Care, with the stand-out highlights being the achievement of two Care Quality Commission (CQC) ratings of ‘good’ in all five key areas for two of the domiciliary divisions and the promotion of Julie Charters to Branch Manager for Melksham.

“Social care provision in the UK has been in the news a lot over recent times, unfortunately mostly on the negative side! At the time of writing the BBC has covered the problems
local authorities (LA) face in finding adequate funding to support social care and the Government is considering allowing LA’s to increase local council tax to pay for this.

“As a result of the ongoing financial squeeze, three major nationwide care providers have already withdrawn their services to LA’s due to the current pay model being unsustainable. LA’s have been unable to pay the ‘going rate’ for almost two years and the impact is starting to show. As a result, 2016 ended with the closure of two domiciliary divisions in Bailey Care but also with an exciting, forward-looking plan being put in place for the expansion of the branch network to grow the residential division.
This includes the opening of new offices in Poole and Newport, Gwent, which are due to go-live this April.”

New to the helm at the Poole office, we welcome Pier Sinclair who joins Bailey Care in March. Pier has the task of building her team and growing the business in this region.
Julie Charters will be overseeing the new Newport office along with her Melksham management remit whilst Nicola Haddock, Co-ordinator in the Melksham team, will be relocating to the Newport branch to support Julie in establishing the Bailey Care brand in Wales.
There is a baby boom in the Worthing Bailey Care office with both Manager, Ami Smithers, and Co-ordinator Rachael Hart, expecting in May and April. To cover maternity leave, two new trainees are joining the Worthing team and will be helping the operation to expand into a second area from the Worthing branch residential division.

It’s all go at Bailey Care Services and we wish them a successful 2017! 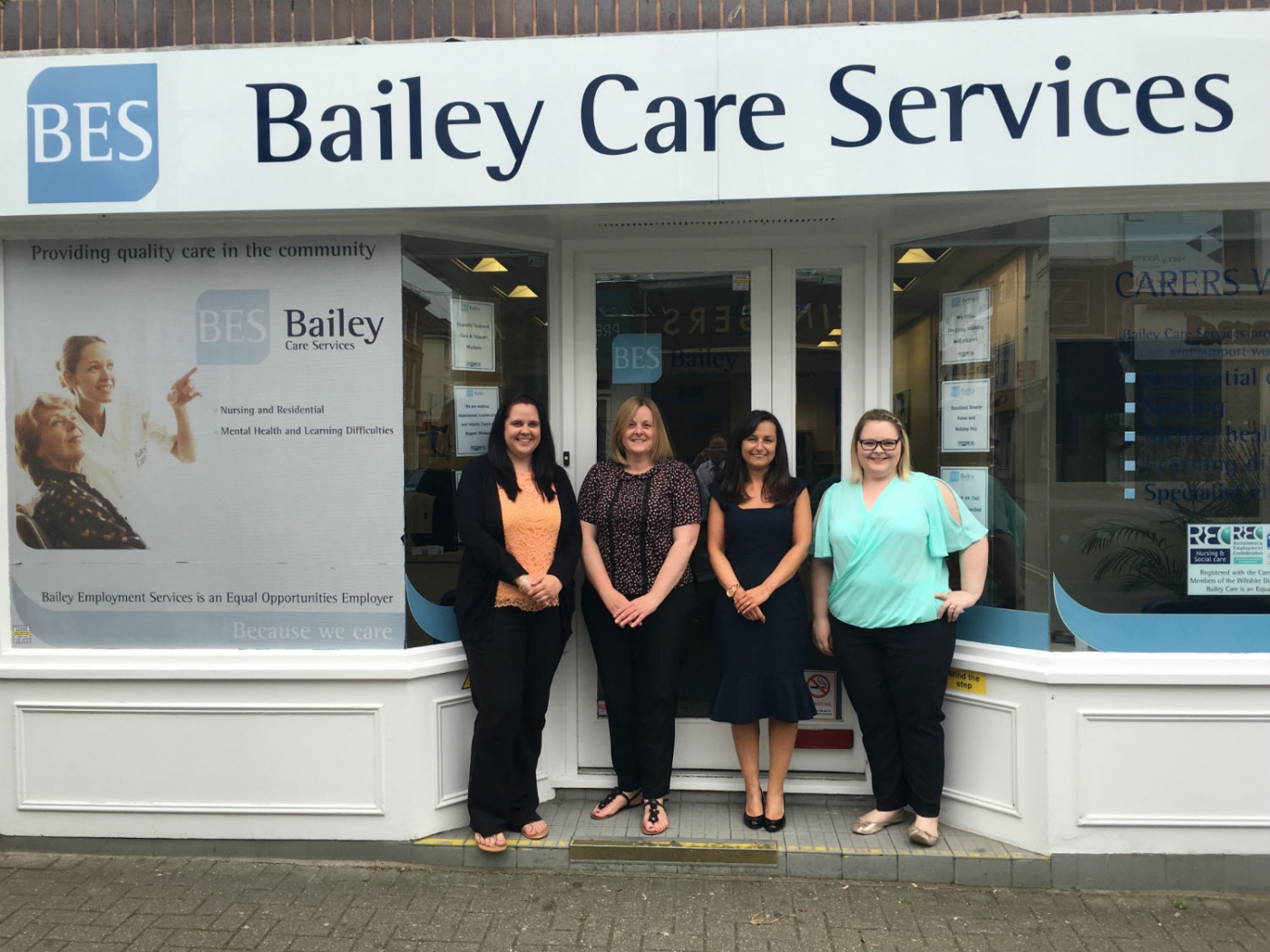